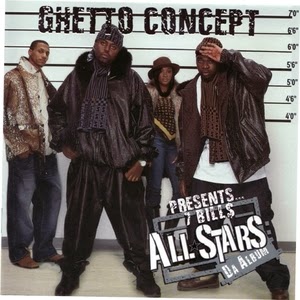 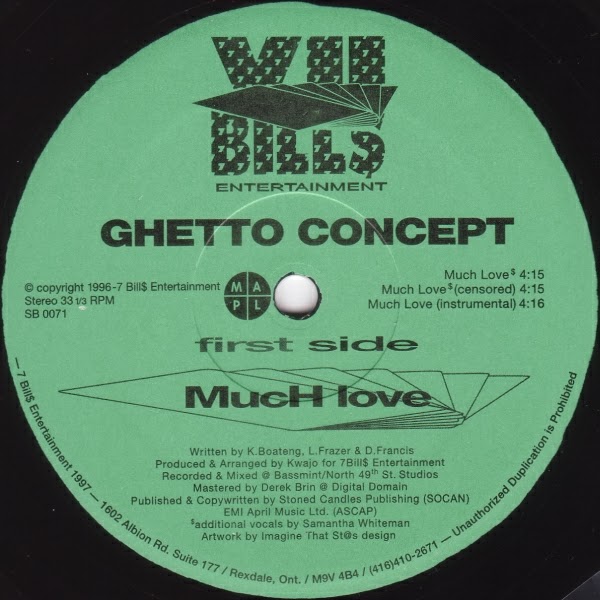 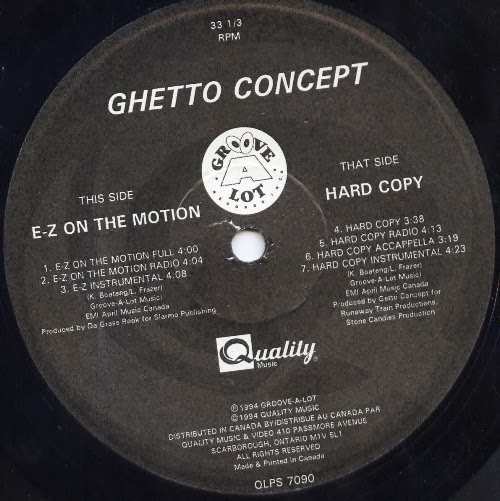 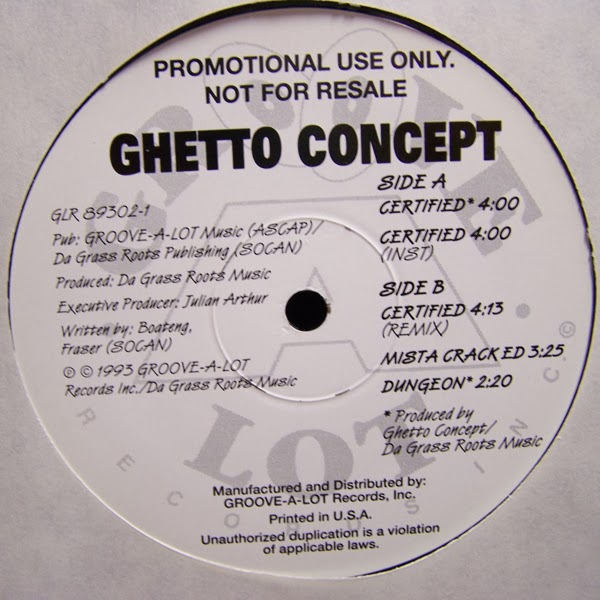 Kwajo Cinqo (Kwajo Boateng) and Dolo (Lowell Frazier) formed Ghetto Concept in 1989, hailing from the Rexdale and Lawrence Heights neighbourhoods of Toronto. Their first single «Certified» was released in 1993, by independent label Groove-A-Lot Records. In 1995, they released «E-Z On Tha Motion», which introduced their newest member, Infinite (Desmond Francis). The group won Juno Awards in 1995 and 1996 for «Certified» and «E-Z On Tha Motion», respectively.
In 1995, Infinite’s brother was murdered, and he left Ghetto Concept shortly after. Before he left, Ghetto Concept recorded a tribute to his brother entitled «Much Love», and it was released as a single and video in 1996.
Tracklist:
A1. Certified
A2. Certified (Instrumental)
B1. Certified (Remix)
B2. Mista Crack Ed
B3. Dungeon 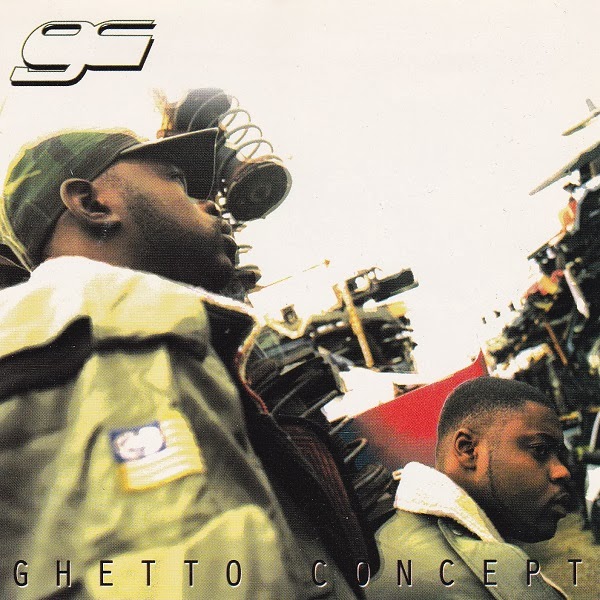 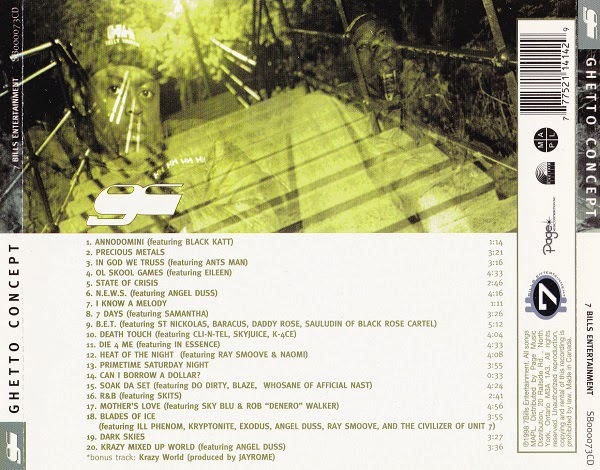 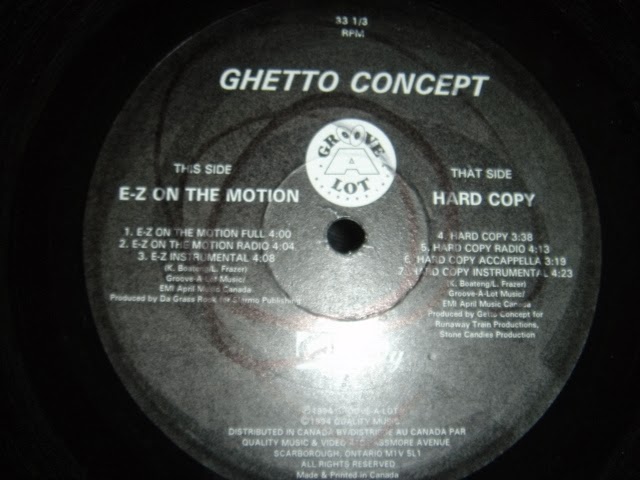