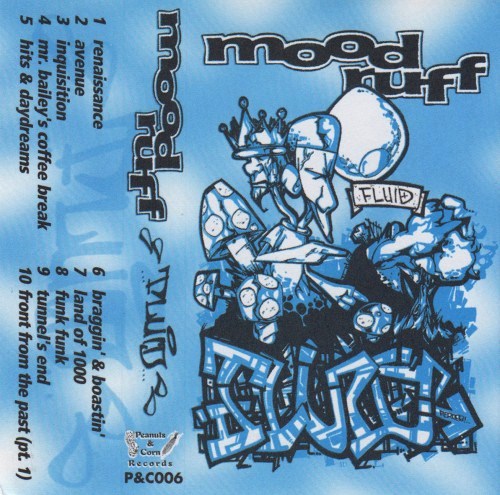 Quality: 320 Kbps – Location: Canada
Mood Ruff was a conscious hip-hop group hailing from Winnipeg, Manitoba, Canada. The group consisted of Odario, Spitz, Breakz, and ICQRI. Their final album I Do My Own Stunts, was released in 2005, contained their first hit, “Rocketship”.
Odario and Spitz, met at Kelvin High School in Winnipeg. In the early 1990s the two members started recording their first demos on a karaoke machine in Spitz’s basement. They first started playing their music live in 1994, in small clubs around Toronto. “We were playing at this club called the 360 in Toronto and there were all of nine people there, five of which were from Winnipeg” says Odario about one of their very first live shows. They also toured with punk and funk bands.
A1. Renaissance
A2. Avenue
A3. Inquisition
A4. Mr. Bailey’s Coffee Break
A5. Hits & Daydreams
B6. Braggin’ & Boastin’
B7. Land Of 1000
B8. Funk Funk
B9. Tunnel’s End
B10. Front From The Past (Pt. 1)