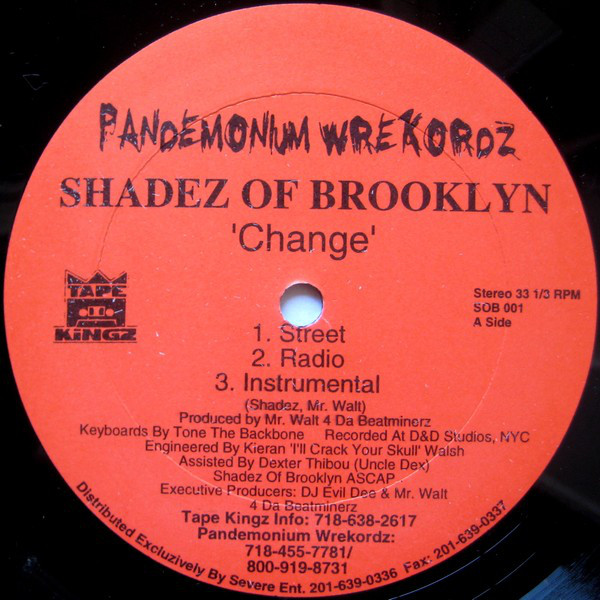 Bushwick, Brooklyn underground hip-hop crew of Chocolate Tye, Tee Black, Reverend Al, and Rambo garnered some recognition through Evil Dee’s radio show. The group was closely associated with Da Beatminerz and much of their work features production from them. The crews first 12″, “Change” was released in 1996. The others, “Calm Unda Pressure” and “How It’s Done” came out in 1998. They were all released on Pandemonium Wreckords.