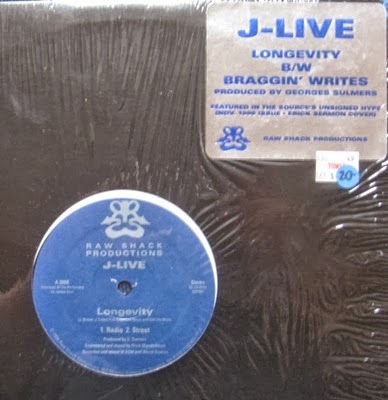 192Kbps
J-Live first appeared on the underground hip-hop scene in 1995, when he was a freshman English major at the University at Albany, The State University of New York. His first single «Longevity» appeared on Mark Farina’s Mushroom Jazz CD, and follow-up singles «Braggin’ Writes» and «Hush the Crowd» garnered widespread attention, getting him printed in the «Unsigned Hype» section of The Source. This led to a record contract with Raw Shack Records. His first album, The Best Part, recorded from 1995 to 1999, featured production by Prince Paul, DJ Premier, and Pete Rock.
A1. Longevity (Radio)
A2. Longevity (Street)
B1. Braggin’ Writes
B2. Longevity (Instrumental)