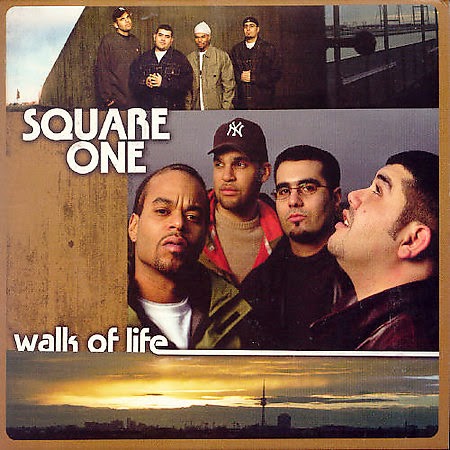 English rappin’ German Hip Hop band. Ali Rakhshandeh and Iman Shahidi met in the early 90’s in Munich and started with a pre-production studio which wasn’t too successful – and Ali left for an US residence. After his return to Germany one year later the duo started a new try. Soon a big party in Ali’s Club in Munich took place, where Ali invited all famous German Hip Hop DJs, and they earned success. Hamburg based label «Showdown» signed Square One and DJ Edward Sizzerhand and MC Gianni joined the group. The first 12″ «Mind, Body And Soul» was released in 1999. Rasul did a famous solo track – branded as Square One – on DJ Thomilla’s «Genuine Draft» album. Next 12″ «State Of The Art» finally brought the breakthrough and was followed by 2001 «Walk of Life», together with Munich rappers «Providence» and «Yinka» and Reggae bard «Patrice».
Tracklist: