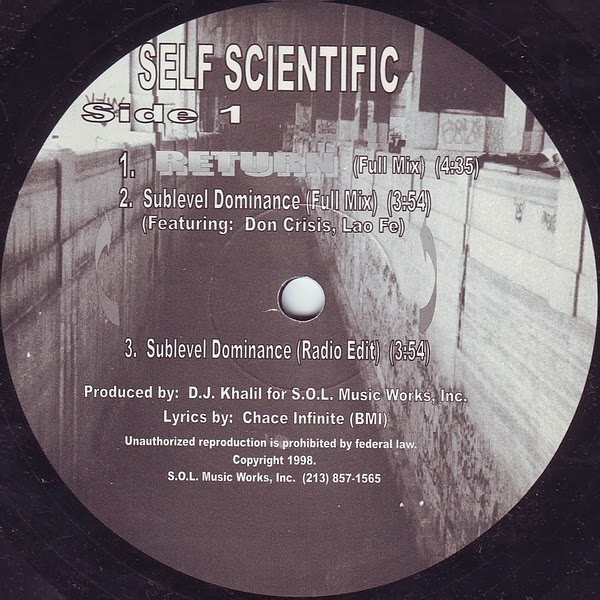 Self Scientific consists of MC Chace Infinite and DJ Khalil from LA, California. Formed in 1994 as The Numbskulls, they originally cut a demo in Ice T’s home studio. This demo led to then being signed to Loud Records in 1995 but this was short lived. They were eventually signed to a LA independent label SOL Music Works and came to prominence with the acclaimed release «Return» in 1998, followed by their debut LP «The Self Science» in 2001.
Tracklist:
A1. Return (Full Mix)
A2. Sublevel Dominance (Full Mix) [Featuring] – Don Crisis, Lao Fe
A3. Sublevel Dominance (Radio Edit)  [Featuring] – Don Crisis, Lao Fe
B1. Return (Instrumental)
B2. Sublevel Dominance (Instrumental)
B3. Bonus Beat #1
B4. Bonus Beat #2