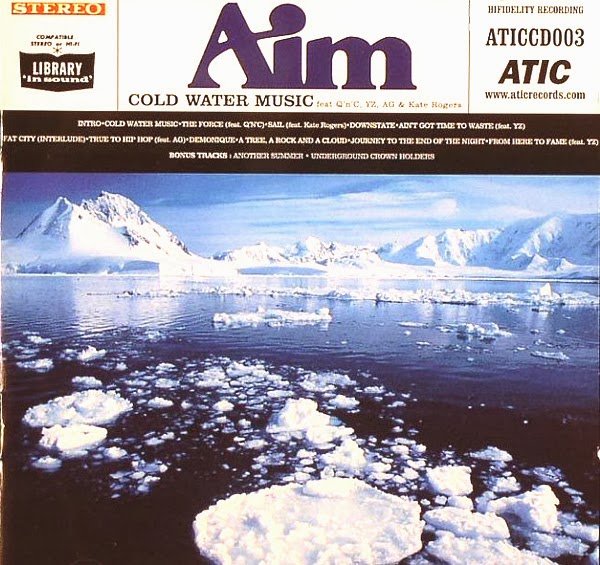 Aim is one of the original members of the Grand Central roster and was discovered by Mark Rae back in the old days when Mark was working behind the counter of Fat City Records. The Barrow based beat-smith often made the journey down from the Lakes in the search of new records that couldn’t be found in his resident hinterland.
Not only keeping abreast of current hip hop, Aim scoured many charity and thrift shops robbing them of any old stuff that he could in turn use as ‘breaks’. Working from his bedroom on an old Amiga, he spend the early hours of the morning churning out soulful funky instrumentals that charmed Mark Rae so much that was invited to join forces virtually on the spot.
One of his most famous tracks on stunt hero Evil Knievel (Original Stuntmaster) came from a 7″ interview disc that he found on a car boot sale one Sunday morning; coupled with an old Bobby Womack guitar sample, it is still a timeless classic that has seen a trademark use of film snippets – films being his second love.
He has always been one of the most popular artists on GC with all his early work (Pacific North West EP, Soul Dive and Loopdreams EP) completely sold out and the subject of many internet vinyl junkies disappointment.