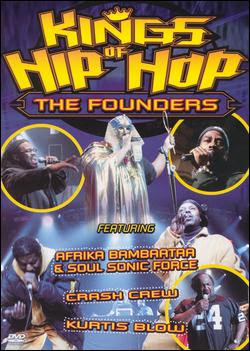 This reunion concert, taped at Webster Hall in New York, provides a trip down memory lane for hip hop fans. Hearkening back to its roots in the rap scene on the tough streets of the South Bronx, the program celebrates the founding fathers of the genre who channeled their anger and energy into a new form of self-expression that eventually transformed itself into today’s burgeoning hip hop industry. Twenty years later, these kings of hip hop reunited to celebrate a genre they can call their own. Performers include Kurtis Blow, Cash Crew, Afrika Bambaataa, and Soul Sonic Force. Other portions of the concert are featured in Kings of Hip Hop: Classic Material.